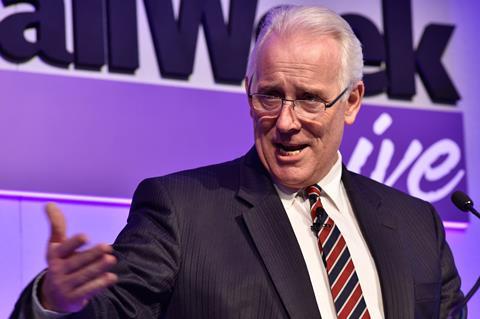 McCarthy, who stepped down as Poundland’s chief executive in July, has taken up the non-exec role with immediate effect.

Manchester-based Ultimate Products supplies products to more than 300 retailers across 38 countries. In the UK, its clients include B&M, Argos, Robert Dyas, Halfords, Homebase and all the big four grocers.

The company, whose brands include Beldray, intempo, Salter and Constellation, is preparing for a possible IPO next year with a valuation of around £100m.

It is understood that McCarthy’s appointment is another step towards a float. McCarthy oversaw Poundland’s stock market launch in 2014.

Ultimate Products’ co-founder and chief executive Simon Showman said: “I’m delighted Jim is joining us for the next chapter in our growth.

“He brings a wealth of retail knowledge and experience gleaned over many years working at the very top of some of our key customers.”

McCarthy, who spent 10 years as boss of Poundland, said: “Ultimate Products has a terrific track record of growth which has been achieved by building an impressive range of brands, delivering amazing value for money to customers, whenever, wherever and however they want to shop.”

Ultimate Products also revealed today that first-quarter pre-tax profits in the three months to October 31 jumped 55% to £3.4m off the back of a 49% rise in sales to £33m.

Showman, who founded the firm in 1997 with Barry Franks, is the company’s largest shareholder following a management buy-out from private equity group LDC in 2014.