Tesco is preparing for a sale of its mobile business as chief executive Dave Lewis continues his strategy of disposing of non-core assets. 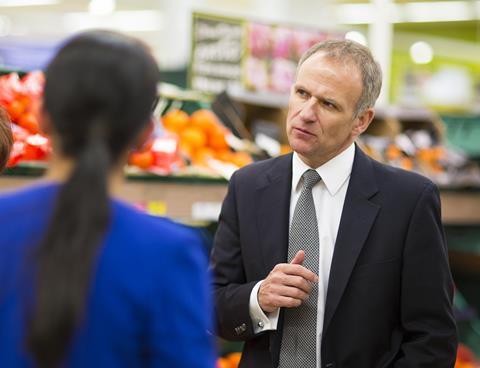 The grocer has been talking to bankers about putting Tesco Mobile up for sale and hopes to raise hundreds of millions of pounds based on its share of the business’ profits being about £100m a year, reports the Financial Times.

Tesco runs its mobile business in conjunction with telecoms firm O2, which owns 50% of the business as part of a mobile virtual network operator (MVNO) arrangement.

News of the impending sale comes after Tesco sold its video streaming service Blinkbox to TalkTalk. It is believed TalkTalk could potentially acquire Tesco mobile because the latter’s value positioning would fit TalkTalk’s business model.

O2 would also be an obvious buyer of Tesco’s share of the mobile business, but analysts believe a buy-out could be impeded by O2-owner Telefonica’s sale of O2 to Hutchison Whampoa, the owner of Three.

Tesco is also seeking to sell off its Dunnhumby data business and it is understood ad network WPP is leading the race for an acquisition.

Consumer research giant Nielsen is also understood to be mulling over a bid for the business, which operates Tesco’s Clubcard loyalty scheme.