Retailers to raise prices by 5% as pound hits new low

Retailers are preparing to raise prices by around 5% next year after the pound plummeted to a new low, analysts have warned. 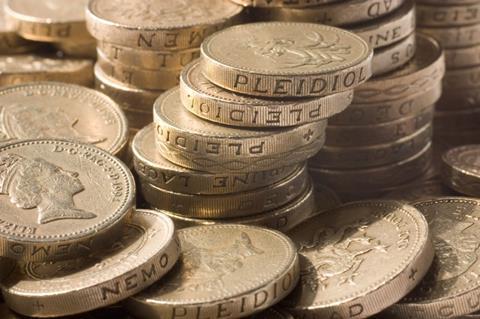 The price hikes, which are expected to hit shelf edges in January, will cost consumers around £15bn per year, according to forecasts from consultancy Sentinel.

Next boss Lord Wolfson is one of few retail chiefs to have publicly warned about price rises in 2017, after the retailer said cost prices would jump 5% next year.

The fashion behemoth estimated that a 5% increase in the retail selling price would spark a like-for-like sales dip of between 0.5% and 1%, as well as a 5.5% drop-off in unit sales.

But Next said the “drag on sales is manageable and less damaging than taking a significant hit to margin”.

Sentinel consultant David Sables, who advises retail suppliers in their negotiations with supermarkets, said they would need to demand higher prices in order to survive.

“Some suppliers might go bust if they don’t show resolve,” he told The Mail on Sunday.

“Prices will go up across the board. I’m hearing 5 per cent.”

The warning comes days after grocery giant Tesco and supplier Unilever became embroiled in a row over prices, with the latter demanding a 10% increase in the price paid by customers.

Although their spat has now been resolved, Sables warned that the clash was merely the most public example of negotiations taking place across the retail industry.

“This is something consumers need to get used to,” he added.

“Suppliers operating in dollars or euros have had a 15% rise in their costs as a result of the referendum and more recently because of the lack of any plan following that.

“This is a major issue and it is coming to your shelves soon.”

More than half of the products sold in British shops are imported from outside the UK and KPMG’s Andrew Underwood said the added costs of sourcing from abroad will lead to “thousands” of price increases.

He described price rises that have already been implemented by retailers and suppliers as “the tip of the iceberg” and warned that increases could be as high as 8% on certain products.