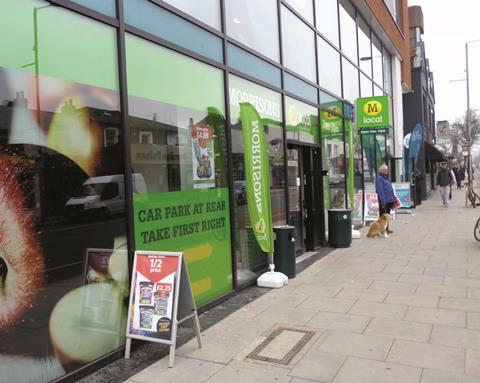 Sources revealed that Greene, who has held senior roles with symbol groups McColl’s and Spar during his career, is leading a team to launch a new convenience chain, backed by Greybull Capital.

Greene has extensive experience in the convenience sector. He joined the board of the Association of Convenience Stores in March 1996 and has twice served as its chairman.

He is chairman of numerous businesses including DrinkSupermarket.com, HT & Co Drinks and WinchPharma Group and recently appeared on Channel 4 series The Secret Millionaire.

Greene is founding chairman of the Association of News Retailers, which launched in 1999.

Neither Greene nor Greybull have responded to Retail Week’s request for a comment. Morrisons declined to comment.

His involvement in the acquisition emerged following reports that investment firm Greybull was close to penning a deal with Morrisons to acquire its 150-strong M Local estate.

Greybull, which last year staged a rescue bid for the airline Monarch, is reported to be in exclusive talks with the grocer as Morrisons’ new boss David Potts seeks to focus on its core supermarket business.

Morrisons entered the convenience market under former chief executive Dalton Philips in 2012, but chairman Andy Higginson revealed in March that 30% of those were unprofitable. The grocer said it was closing 23 of the M Local stores with the loss of 300 jobs.

The sell-off would mark the latest in a string of changes being implemented by Morrisons chief executive Potts, who has already swung the axe on his executive board, culled 720 head office jobs and hired 5,000 additional shop floor staff.