Burberry has recorded a jump in retail sales during its second half on the back of robust growth in its EMEIA and Americas markets. 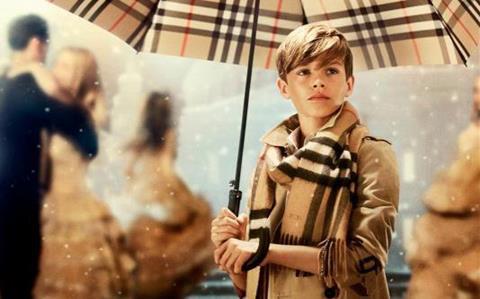 The luxury fashion retailer’s underlying retail revenues increased by 13% to £1.06bn in the six months to March 31, while total sales increased 9% to £1.42bn.

It recorded double-digit growth in both its Americas and EMEIA markets, but only “low single-digit” growth in Asia-Pacific with “further deceleration in Hong Kong”.

Burberry chief creative and chief executive officer Christopher Bailey said he was pleased with the company’s “robust” performance in the second half “despite an uncertain external environment”.

He added: “Customers responded strongly to product innovation, especially in our core British-made heritage trench coats and scarves, while we continued to invest in digital and retail initiatives, including flagship openings in Los Angeles and Japan.

“We anticipate external challenges will continue in the current year, but remain confident in our long-term strategy to build the Burberry brand and business globally.”

Burberry opened seven stores in the period including its Rodeo Drive flagship store in Los Angeles and a flagship in Osaka, Japan.

Wholesale revenue sales dropped 1% to £331m despite sales of its beauty range increasing by 8%, while licensing revenue increased by 3% to £33m.