BrightHouse has put forward business reform plans to the Financial Conduct Authority in a bid to continue lending to shoppers. 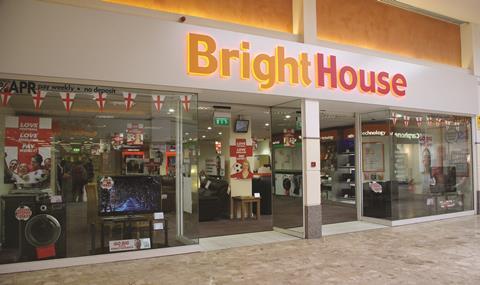 The rent-to-own retailer, which announced plans to close 28 of its stores last month as revealed by Retail Week, has made a plan to permanently reform its practices.

According to The Daily Telegraph the retailer has submitted plans detailing these reforms, as well as its plans to launch a transactional ecommerce platform, to the Financial Conduct Authority (FCA).

The FCA will examine whether the struggling retailer should be allowed to continue lending to shoppers.

Temporary rules agreed with the FCA mean that BrightHouse is obligated to carry out more stringent checks on the credit history of its customers before offering them a loan and is not allowed to charge them for late payments.

This regulation has put the rent-to-own retailer, which has quarterly rent payments due on its 311-strong store estate next month, under financial strain.

However, industry experts say they do not expect the FCA to make their ruling on whether the embattled retailer can continue to lend to shoppers before the second quarter of the year.

A spokesperson for BrightHouse said the retailer “continues to have a constructive dialogue with the FCA”.