Zara owner Inditex said full-year profits jumped 10% to €3.16bn as its multi-brand proposition continued to attract shoppers from around the globe. 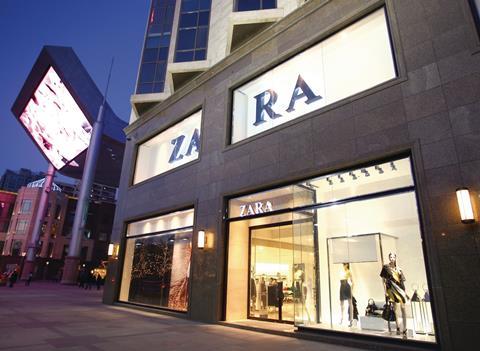 Sales advanced across the group’s eight brands, including Zara, Pull&Bear and Massimo Dutti, in the year ended January 31.

Across the group, ranked the largest fashion retailer in the world by sales, revenue increased 12% to €23.31bn, while like-for-likes grew 10% year-on-year.

The full-year jump underlines the strength of the retailer’s fast-fashion model.

Inditex’s centralised production and distribution allows it to design and deliver new products to stores in as little as two weeks.

This sets it apart from other retailers that rely on ordering many of their garments from the Far East months in advance, exposing them to shifts in trends and the weather.

However, according to Bloomberg, the group’s profit margin declined to an eight-year low – shrinking from 57.8% to 57% – as the business was confronted with higher garment costs and lowered prices amid increasing competition.

Store openings continued apace across the globe. During the period, the company opened 279 new stores, bringing its total to 7,292 stores.

It now has a presence in 93 countries following the opening of a flagship Zara store in Vietnam last year, and continued to launch new online sales platforms in markets around the world.

The Spanish retail giant said sales between Feb 1 and March 12 this year have grown 13% on a constant currency basis.