Primark sales and profits rise driven by the UK

Primark has posted increases in its preliminary profits and sales, bolstered by strong UK sales which defy the wider fashion downturn.

Overall, Primark’s sales rose 5% during the year to £7.4bn but overall like-for-likes declined 2.1%, which the retailer attributed to “unseasonable weather in three distinct periods during the year”, which hampered sales in Europe and Germany particularly. 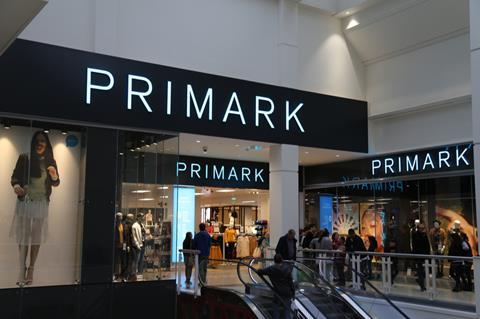 ABF declared Primark had ‘another year of progress’

This wet weather did not slow UK sales momentum, however. Overall UK sales rose 5.3% during the period while like-for-likes increased 1.2%, driven by a “significant” increase in the retailer’s share of the total clothing market.

Sales growth was driven by a particularly strong performance the first half of the financial year which slowed sales in the second half due to a strong demand of summer stock decreasing markdowns.

The retailer opened a net 15 new stores during the period, taking its international store estate to 360 shops, 185 of which are in the UK.

Chief executive of Primark parent company Associated British Foods, George Weston, said it “was another year of progress for the group” with “strong profit performances delivered by each of Primark, grocery, agriculture and ingredients”.