Primark has posted a rise in full-year profits but blamed “unseasonable weather” and “cautious” consumers for a fall in like-for-like sales. 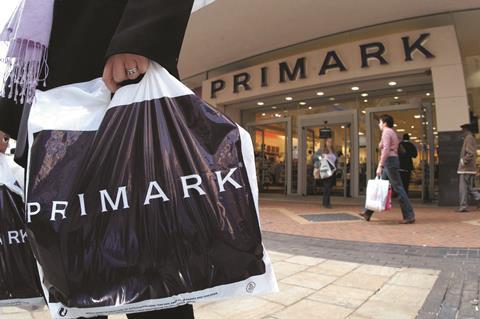 The fashion giant’s adjusted operating profit increased 1% to £689m on a constant currency basis during the 53 weeks ending September 17.

Total revenues jumped 9% in constant currencies to £5.95bn, driven by new openings, but same store sales suffered across the group.

In results filed by parent company Associated British Foods, Primark said like-for-likes dropped 2% across the group, with UK sales “in line” with that performance.

The retailer said warm weather in the pre-Christmas period and a “very cold” March and April sparked value declines in some of its most important markets, including the UK and Germany.

ABF said Primark’s profit margin reduced from 12.6% to 11.6% during the year, driven by the devaluation of the euro against the US dollar – the currency in which the fashion chain buys many of its products.

Primark said the weakening of the sterling following the Brexit vote “had little transactional impact” on its margins, but warned it would have an “adverse” impact in its current financial year.

The retailer said: “The reaction of UK clothing retailers to this major movement in exchange rates is currently uncertain, but Primark is committed to leading the value sector of the market with its on-trend product offering and maintenance of its price leadership position in clothing.”

At a group level, ABF said pre-tax profit surged 47% to £1.04bn, as it benefited from “substantially lower losses” on the sale of businesses and reduced exceptional charges.