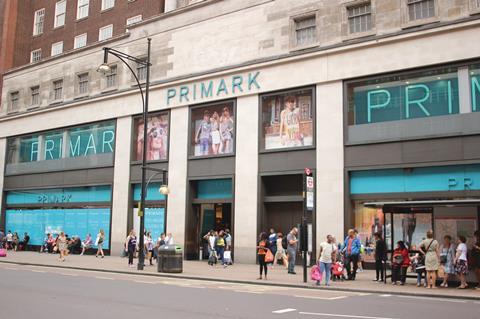 Primark profits were £322m, up from £298m last year. Profits based on actual exchange rates were up 8% in the 24 weeks to the end of February.

Sales rose 15% on a constant currency basis to £2.55bn, a performance that was helped by an 11% increase in shop selling space.

However, Primark’s like-for-likes were flat. The Associated British Foods-owned retailer blamed “unseasonable” weather in northern Europe during the period as well as new store openings in Germany and Netherlands, which cannibalised sales in existing stores.

ABF said if the two countries were excluded, like-for-like growth across Primark would have risen 3% in the first half.

It said like-for-likes over Christmas were “strong” across Primark’s stores.

ABF warned how the movements in exchange rates could potentially impact profits for the remainder of this financial year as well as next year.

But ABF finance director, John Bason told Retail Week these currencies could move even further. “We’re looking at the strengthening of the US Dollar and the weakening of the Euro and they could get worse,” he said.

He said the Primark management team is looking closer at where it sources its garments from and Bason said the fall in price of cotton and synthetics is helping, but it is still “early days.”

“We’re taking on the margin and we’re saying Primark wants to remain the best value and lowest prices on the High Street,” he added.

In the UK, Primark said its interim like-for-like performance was “positive”, while Spain, Portugal and Ireland traded “very strongly”.

The retailer has opened 10 new stores in the present financial year and now has a total of 287. An “extensive pipeline of new stores” is planned for the next few years, the business said.

In the US, Primark is building a management team and plans to launch there later this year. Leases on eight stores have been signed.

Conlumino analyst David Alexander branded the results “another barnstorming performance”. He said: “This was no mean feat given the tough comparatives of last year, when the chain grew revenue 14% over the same period.”