Debt and market conditions have been blamed for bringing value fashion group Peacocks to the point of collapse yesterday (Wednesday). 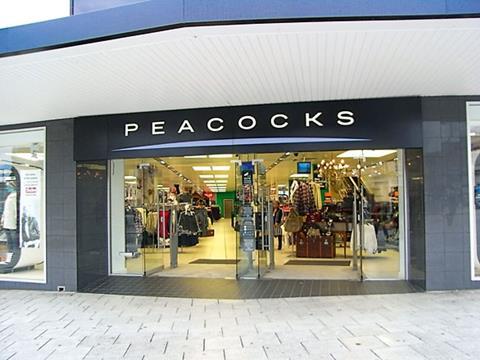 Peacocks’ administration is one of the biggest high street failures since Woolworths and puts 10,000 jobs in jeopardy. Its collapse has promped forecasts of consolidation in value fashion.

Today administrator KPMG revealed that almost half - 249 - of the head office jobs at the retailer have been axed.

The crisis raised anew questions taxing many retailers, such as the robustness of their financial structures and the health of the high street.

Desperate attempts to put together a rescue deal, led by chief executive Richard Kirk and chairman Allan Leighton, failed to secure the future of the 130-year old business, labouring under debts of £240m.

However, there was optimism that an administration would stoke interest among a wide pool of potential buyers.

Kirk, who has led Peacocks as a private and public company since staging a management buy-out in 1997, was said to be devastated by the turn of events and unlikely to attempt to buy Peacocks again.

Sources close to Peacocks blamed taxpayer-supported Royal Bank of Scotland for the retailer’s demise after the bank failed to support a debt-for-equity swap.

Peacocks’ plight was this week raised by Welsh secretary Cheryl Gillan, who pleaded for intervention by business secretary Vince Cable.

Industry observers drew a variety of lessons from Peacocks’ difficulties, which they blamed on debt, market conditions, and the dynamics of a tough value apparel sector.

Seymour Pierce analyst Freddie George said: “Peacocks was loaded up with debt at a difficult time for retail. Trading deteriorated and it didn’t have the funds to invest.”

Verdict practice leader Maureen Hinton observed: “The downturn is exacerbating any underlying problems that have been in the background. There’s going to be some consolidation in the value sector. Consumers are buying much more carefully. They’re buying exactly what they want but just one item rather than many.”

Conlumino managing director Neil Saunders said: “If you need to  trade significant volumes in a difficult market the business model unravels. That Peacocks doesn’t have the fashionable image Primark does could also be a problem.”

He warned: “There is going to be pain in the value sector but there is still room for two or three big players.”

Until Wednesday there were hopes that a mystery investor would support Peacocks’ management’s plans to buy the business but the deal did not materialise. There was speculation that the same investor may still be interested in buying Peacocks out of administration.

Other potentially interested buyers include Jacques Vert-owner Sun European. The private equity firm has been lined up to buy the Bonmarché chain from Peacocks, potentially following a pre-pack administration.

Peacocks’ problems follow the collapse in recent weeks of Past Times, La Senza and Barratts.

2006 The retailer delists from the stock exchange

2010 Attempt made to sell Peacocks