Located at the Tottenham Court Road end of Oxford Street, this latest New Look store forms part of a development that sandwiches it between major stores from United Colors of Benetton, which opened last week, and Zara, which opened in 2015. 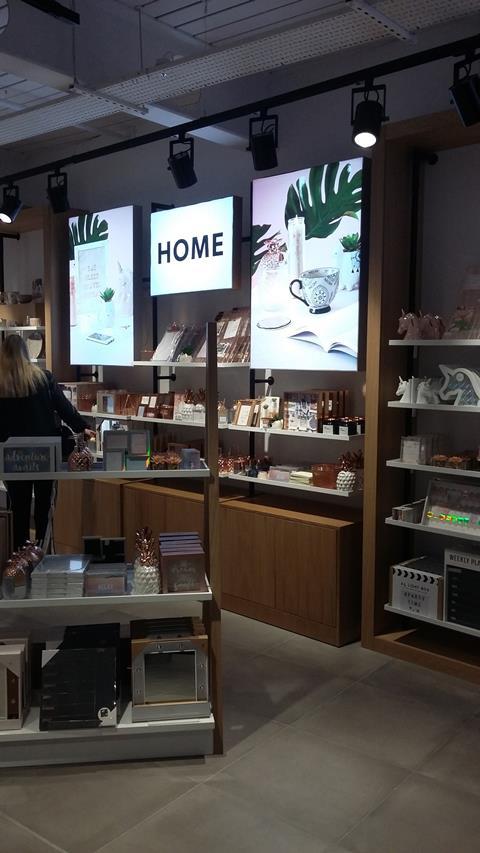 The major new addition is a selection of homeware items under a central ‘Home’ screen displayed on the first floor, with a pair of lightboxes on either side.

The collection has been given two wall panels and a mid-shop table with shelves – indicating that this is very much a trial directed at shoppers interested in homeware items similar to what Primark sells, across the street.

For the most part, the offer is concerned with ornaments and small picture frames, yet there is also a range of unicorn busts, to be used as bookends or piggybanks.

The opening comes the day after New Look creditors voted in favour of a company voluntary arrangement (CVA), which will result in the closure of 60 New Look stores.