House of Fraser boss Nigel Oddy has quit the business after less than two years in the role, the retailer has confirmed. 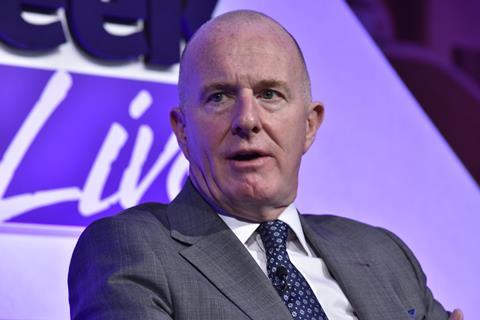 In a statement to Retail Week, a House of Fraser spokesperson said Oddy will leave in the new year “to pursue new opportunities”.

“Nigel will remain with the business until such time as a new chief executive is appointed and to ensure a smooth transition process,” the spokesperson said.

Oddy, who joined the department store chain in 2007 from Marks & Spencer, is understood to have handed in his notice last month.

His departure, first reported by The Sunday Times, comes amid an alleged dispute between the department store’s UK management team and its majority shareholder, Sanpower.

House of Fraser was acquired by the Chinese conglomerate in 2014, and it was expected that its founder Yuan Yafei would invest £75m in the retailer as part of the deal.

But sources told The Sunday Times that no funds have materialised and the management team has become frustrated.

The House of Fraser spokesperson said: “Since the acquisition, Sanpower has committed to support House of Fraser in the event that the business development plans required them and the board had requested them.

“There is an ongoing dialogue between management and the shareholder on possible capital expenditure programmes.

“Since the beginning of 2015, there has been no request from the board of House of Fraser as the business is self-funding through the bond issue last year and its own cash.”

There has been a string of departures from House of Fraser since Sanpower took over, including Oddy’s predecessor as chief executive John King, finance director Mark Gifford and chief customer officer Andy Harding.

Supply chain director Ray Kavanagh is also believed to be leaving the business.

Sanpower owns 89% of the department store retailer, with the remaining 11% held by Sports Direct.

The 167-year-old retailer, which employs more than 17,500 people across 60 shops, has struggled in the run-up to Christmas.

In September, House of Fraser warned of “subdued trading” ahead as its profits slipped during a “volatile” and “challenging” first half.

The retailer said: “House of Fraser continues to trade in line with management expectations and is confident it is well positioned for Christmas, with trading over the Black Friday period to date already showing improvement on last year.”