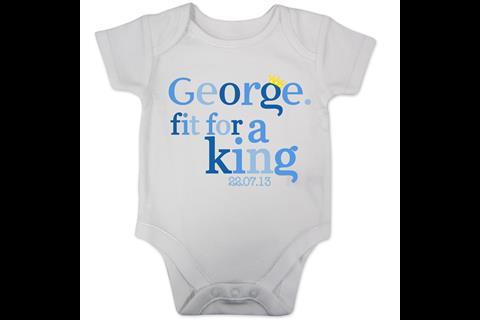 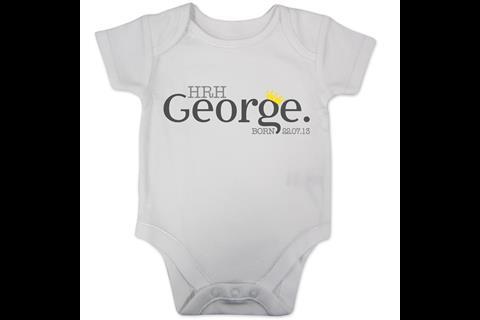 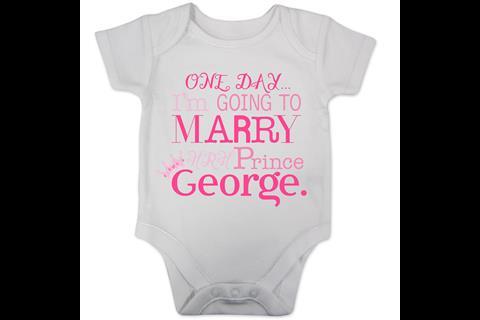 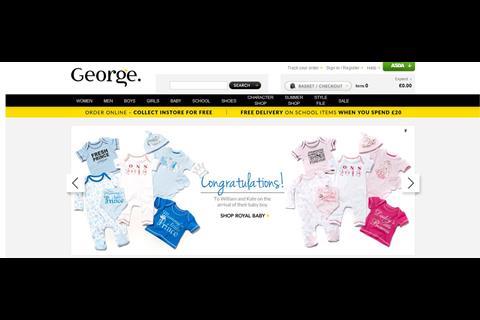 George at Asda has celebrated the arrival of His Royal Highness Prince George of Cambridge with the introduction of a special collection of commemorative babygrows.

The babygrows, which are being sold online from today, feature the slogans ‘George fit for a future king’, ‘HRH George’ and ‘One day I’m going to marry Prince George’. Priced at £4, there are 1,000 babygrows on sale.

Upon announcement of the Prince’s name, George.com reported an increase of hits to its website within the first hour as ‘George’ was frantically googled by millions around the globe.

As a tribute to the new Prince, George.com has been regally rebranded. Its trademark black letters have been switched to blue and the ‘o’ has been crowned.

Users will also be greeted with a royal welcome which reads “Congratulations Wills and Kate from one George to another”.

A George spokeswoman said: “We are delighted to be the first retailer to offer customers a number of Royal gifts starting with a limited edition collection of babygrows.”

In a jibe at rival grocer Morrisons’ own label clothing range, the spokeswoman added: “George has been Asda’s baby for the last 22 years, it’s a name fit for a King. Well, they couldn’t really call it Nutmeg.”