Clarks warned that the slumped value of the pound will have a “profound effect” on cashflow and profit in the year ahead as the retailer reports a drop in earnings in 2016. 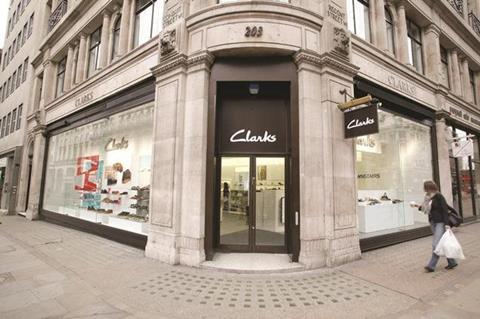 Profits sank 43% to £20m in the year to January 31 as Clarks set about restructuring the business and clearing excess stock.

Sales rose 8% to £1.7bn, but this was largely as a result of selling products overseas at favourable exchange rates, This is Money reported.

Last month, Clarks axed up to 60 roles across several departments at its Somerset headquarters, its second round of redundancies in just over a year.

The retailer has made a raft of changes since the appointment of new boss Mike Shearwood last September, including slashing lead times for new products and kicking off a review of its 550-strong UK store estate.

Looking ahead, Shearwood warned the fall in sterling since the Brexit vote will eat into profits as well as “bring risk and uncertainty” this year and beyond.

However, in the company’s annual report, he said: “The greater uncertainty for Clarks from Brexit is the impact on the UK economy and specifically how consumers react to the expectation of lower economic growth and wage increases, and higher inflation.”

Read more: Should Clarks give some stores the boot?