Argos and Homebase owner Home Retail Group has made two key appointments as part of an ongoing drive to grow own brand sales. 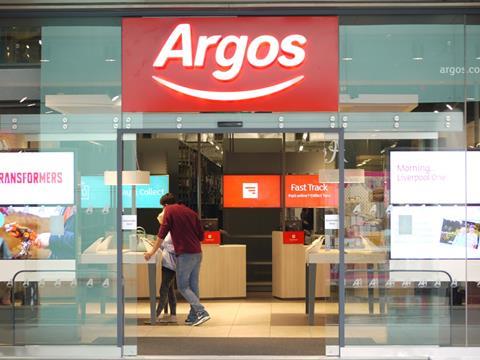 The retailer has appointed former Next senior designer Alexei Cowan as head of trends to oversee product and trend development across the whole of the group, and Alyson Lockley from Johnson & Johnson to head up own brand at Argos.

Cowan and Lockley join the group during a busy period of senior moves at the retailer following the appointment of new chief executive John Walden in January. In April Argos retail operations director Steve Carson was handed the role of retail and customer operations director at Home Retail Group on top of his existing role.

Walden is overseeing a realignment of the group’s retail strategy with a particular focus on developing own brand sales at Argos. Home Retail Group is aiming for own brand products to account for a third of sales at Argos with a value of £1.5bn by 2018.

As part of this Lockley, who was previously senior marketing director at Johnson’s Baby EMEA, will be charged with developing the whole range of brands at Argos, including homewares brand Heart of House which was introduced in June in a bid to boost sales of its own discount furniture and upholstery products.

Commenting on the appointment, Argos marketing director Stephen Vowles said: “Alyson joins us at a really exciting time for our own brand team, and one of her first priorities will be to oversee the exciting launch campaign for our new furniture and homewares power brand, Heart of House.”

Cowan, who took up her role in June, began her career supplying lighting designs to a number of retailers including Heals, M&S, Laura Ashley and Designers at Debenhams before joining Next where she reached the position of senior designer for homewares, bathrooms and lighting.