Women in retail are paid 15% less than male counterparts

Women in the retail sector are paid almost 15% less than their male counterparts each year, new research has revealed this week. 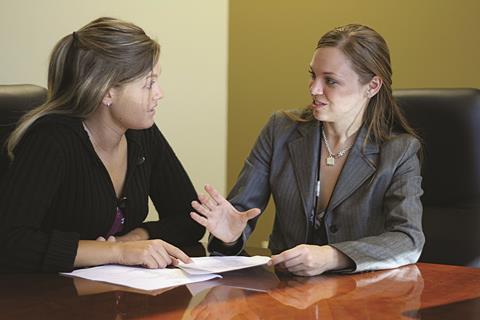 Women managers are paid £8,964 less than the male managers in terms of average full-time salary

Figures released by the Chartered Management Institute and XpertHR have revealed that men in the retail and wholesale sector are paid an average of £4,523 more a year than women.

The average full-time equivalent salary for male managers now stands at £38,817, £8,964 more than the average salary of female managers. The discrepancy is even higher for directors and chief executive officers, with men on an average basic salary of £131,673 earning £16,513 more than women at the same level.

“Promoting men ahead of women is keeping us all back. Diversity delivers better financial results, better culture and better decision making. Even before the new regulations kick in, employers need to get on board with reporting on their recruitment and promotion policies and how much they pay their men and women. Transparency and targets are what we need to deal with stubborn problems like the gender pay gap.”

It was also found that there are fewer women in executive positions than men. Athough women comprise 73% of the workforce in entry level roles, female representation drops to 42% at the level of senior management and just 32% of director-level posts are held by women.

Last November the Government revealed plans for new legislation to tackle the gender pay gap, including making it compulsory for large companies to report on the pay gap between their male and female staff. The regulations are due to come into effect in April 2017.

This year Retail Week launched Be Inspired, a campaign is designed to promote the careers of the next generation of women retail leaders. You can find more information and details on how to get involved by clicking here: retail-week.com/beinspired