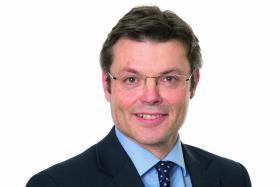 Patrick went on to become managing director at George Henry Lee and then Cheadle in 2000, after which he became project director for simplification in April 2002 and then supply chain director (John Lewis) in December of the same year.

Patrick became director for retail operations in April 2007. In 2009 he took up the role of partners’ councillor and in October 2012 became managing director for partnership services. He took up his most recent role in September 2015.

Did you know? Prior to joining the Partnership, Patrick was associate consultant with Bain & Company, later becoming promoted to consultant. He then became finance manager at Procter & Gamble. He has an MBA from INSEAD.