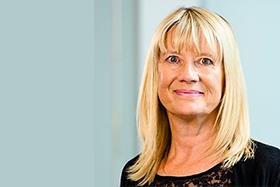 Nikki says: “I am very proud to be the executive HR director for Watches of Switzerland Group, which was admitted to the London Stock Exchange in 2019. We are the UK’s largest luxury watch retailer and have a rapidly growing presence in the US. With 138 core stores and 2,000 highly engaged colleagues, the group comprises Watches of Switzerland, Mappin & Webb, Goldsmiths and Mayors.

“Before joining the Watches of Switzerland Group, I spent 13 years as executive HR director for Debenhams and, during this time, I was honoured to become one of the founding Be Inspired ambassadors.

“Prior to Debenhams, I commuted between London and Geneva in my role as vice-president, HR Europe, for Polo Ralph Lauren, having overseen the restructure of the region and the relocation of its HQ to Switzerland. This followed seven years at Revlon International, where I was ultimately vice-president HR for the international markets. I began my career at Selfridges, London.

“I am passionate about helping to remove barriers to progression and encouraging everyone who wishes to to make the most of their potential.”