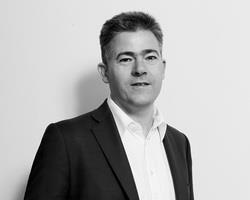 Jim Buckle is the incoming chief financial officer for Gousto. He was previously at Feelunique as chief operating officer since May 2014. He has nearly 20 years in leadership roles in entrepreneurial, fast growth, online businesses (Feelunique, LOVEFiLM, Wiggle, Propertyfinder) under venture capital and private equity ownership, and in 2017 and 2018 was named by Retail Insider as one of the UK’s top 100 Retail Movers and Shakers.

“Inclusivity and diversity are the cornerstones of any mature society and this should be the same throughout the workplace; retail is no exception. At Feelunique, we have a predominantly female customer base and women comprise well over half of the Feelunique team, so it seems only right that we should champion the role that women play across retail and contribute to their development in the industry.”