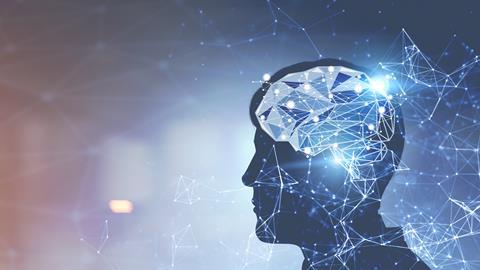 How to overcome unconscious bias and understand your own privilege

As part of Retail Week’s Be Inspired virtual conference, diversity and inclusion architect Toby Mildon has compiled a useful guide to unconscious bias, including the types of bias we display, as well as how to navigate your own biases and privileges and the impact these have on society

“Biases are stories we make up about people before we get to know them”
Verna Myers, head of diversity and inclusion at Netflix

Our opinions of others – both professionally and personally – are shaped by our background and life experiences. When we meet someone for the first time, we are subconsciously judging them. This phenomenon is known as unconscious bias, and it’s a natural defence mechanism carried out by the brain.

Everyone displays unconscious bias, no matter what their background, but it’s important to be aware of it, recognise when it happens, and learn how to identify it to ensure that individuals are made to feel welcome and empowered in the workplace. 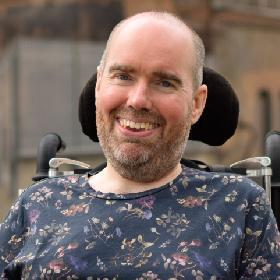 Toby Mildon is a Diversity & Inclusion Architect and founder of Mildon, a consultancy and advisory business. Toby works with businesses to re-engineer processes and systems to minimise the impact of bias and build a culture of inclusion. Prior to setting up his business, Toby worked as an in-house diversity and inclusion manager at the BBC and Deloitte.

Mildon is one of our guest speakers at the Be Inspired virtual conference – his session on unconscious bias can be viewed on-demand here.

What is unconscious bias?

D&I architect and founder of consultancy and advisory business Mildon, Toby Mildon, says: “Unconscious bias is created partly by the way our brains are wired, but also by priming or social conditioning. The part of our brain that assesses danger is bigger, chemically speaking, than the part of our brain that rewards us, so we have this natural propensity to want to protect ourselves against losses more than we seek out gains.”

Mildon was born with a rare neuro-muscular disability and is a wheelchair user, yet when he took a Harvard University Implicit Association Test, he discovered he was moderately biased against people with disabilities. His explanation? “It’s a product of what I was exposed to: a lack of disabled people in business and politics, and how they are portrayed in TV and films.”

Cognitive biases we need to be aware of

There are more than 100 types of cognitive bias that affect our decision-making, but the NeuroLeadership Institute has broken them down into five key areas, known as the SEEDS model:

Similarity bias occurs when people prefer to be with those similar to them. In terms of recruitment, those who display similarity bias create “in-groups” and “out-groups”. The skills of those in in-groups tend to be over-appreciated, and the skills of people in out-groups often overlooked.

Expedience bias is a risk when people are on tight deadlines and end up taking shortcuts to make quick decisions. This can lead to certain individuals, in a work environment, being overlooked unfairly.

Experience bias is akin to wearing a VR headset, as it involves making decisions based on people’s own perception rather than objective truth. Mildon says: “If you’ve ever heard people say things like ‘That’s just the way we do things round here’ or ‘I’ve tried that before; it didn’t work and I won’t be doing that again’, we know that experience bias is at play.”

Distance bias simply means preferring what’s closer over what is further away. Our brain has a natural propensity to choose things closest to us, so in a work situation involving teams located across a country, distance bias can cloud people’s judgement.

Safety bias – when calculating risk, the brain protects against loss more than it seeks out gain, and humans have a natural tendency to be risk-averse, which can slow down the decision-making process.

The next step is to understand how to identify if bias is at play. Mildon says an ideal formula is to ask yourself: “If this, then that”.

The key steps are:

For example, if someone is preparing to hold a job interview, then there is a risk of similarity bias, perhaps if one candidate went to the same university as the interviewer. The sensible approach would be to spend a few minutes with each candidate before the interview starts, which gives a good opportunity to find some common ground with each one.

The simplest definition of privilege is receiving an advantage in life that helps you get ahead. Some advantages will be unearned – such as the country you’re born in – while others will be earned, such as enrolling in further education and gaining a degree. The opposite of privilege is oppression, and those who suffer from it are burdened with disadvantages that others do not have.

The balance of advantages and disadvantages will vary from person to person, but Mildon says it’s key that individuals raise their awareness as to what privilege is and the impact that it has on inequality in society. Here are his key takeaways:

The past 12 months have highlighted the need for all of us to ensure that we feel supported and empowered. This period has also brought home the privileges some of us hold, and the unconscious biases that impact others.

On Tuesday Retail Week held its Be Inspired virtual conference 2021 with more than 40 speakers across 10 sessions, all designed to inspire change, tackling themes including unconscious bias, allyship, career development and more.