B&Q is reassessing its 360-strong store portfolio to determine what size estate it needs in an “omichannel world”. 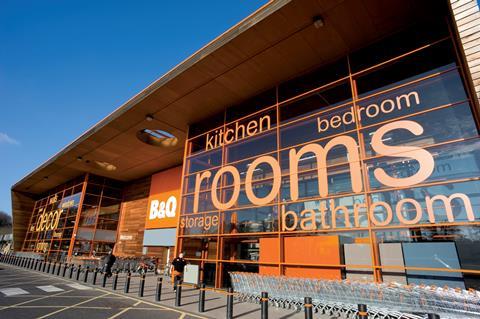 He said one way of reducing the size of stores would be to sublet to other retailers. Rival Wickes is in the midst of trying to carve up its stores in a similar way, in light of growing online sales.

B&Q has begun a property review. “We’re looking very carefully at every foot of space,” said Cheshire. “It’s a lot of work. Could we have less space in some areas, more space in another?”

However he said the retailer was not “desperate” to reduce space in the short term and pointed out that all stores are “cash positive”. The average lease length of a B&Q store is between seevn and eight years.

“We’d be very happy to get out of some B&Q stores over time,” he said.

Introduced in Screwfix stores last month, the Site range was created to tap into the growing but “immature” clothing category. It is also being sold in Brico Dépôt stores in France and has its own web site, www.siteworkwear.co.uk.

“We’ve the opportunity to take it to the rest of the group,” said Sutherland. “It’s a nice add-on to the business.”

The changes came as the wettest weather for 100 years wiped £30m off Kingfisher’s profits. The retailer had to intensify promotions to clear stock. Group adjusted pre-tax profits fell 15.5% to £371m in the first half, below analysts’ expectations. Fluctuations in the currency exchange rate also hit profits.

Group like-for-likes dropped 2.8%. Cheshire said the first half was ” the toughest I’ve had as chief executive”. But he maintained: “We’re in good shape to move forward.”

In the particularly wet weeks during the summer the retailer attracted a million fewer customers than normal.

Cheshire said the 29 Focus stores acquired last year accounted for 3% of sales in the first half. He is “very interested” in further acquisitions, to takethe Screwfix business from 240 stores to 390.

He said Screwfix held up well in the half and that there is “no reason why Screwfix shouldn’t be taken to other countries”.

B&Q is about to undertake a head office redundancy consultation process as it seeks efficiencies. Cheshire was unable to say how many of the 1,200-strong staff would be affected.