Departing chief executive Alan White will hand over a transformed business to his successor. 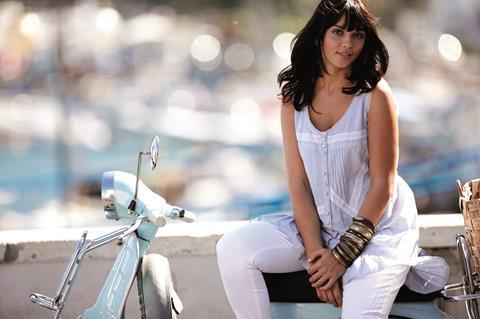 Home shopping group N Brown is gearing up for a change when boss Alan White, who has been in charge of the group for more than 10 years, passes on the baton to Angela Spindler in July.

White - whose departure follows that of chairman Lord Alliance, who left the retailer last year after 50 years of service - leaves a very different group from the one he took charge of all those years ago.

Known for its size 34 dresses and 56L bra, the specialist retail group has transformed over time from a catalogue stalwart to a fully fledged multichannel operator.

Not only does online account for more than half of its sales, N Brown also has a fledgling high-street presence through both its acquisition of High and Mighty and the launch of stores for womenswear brand Simply Be, and menswear label Jacamo, over the past two years.

White has said that opening stores would enable it to reap the full benefit of the growing trend of multichannel retailing, mirroring the moves of bricks-and-mortar retailers pushing into ecommerce.

The retailer is still analysing the results of the trial stores but has found that they have driven an “online halo effect”, and etail sales in the areas where it has opened stores have risen 6%.

It is now on the hunt for more dual branded stores for Simply Be and Jacamo - which have proved more successful than individual shops - outside of the initial trial areas in the North and Midlands. However, White is leaving it up to Spindler to initiate any wider roll-out.

As well as online, White has guided N Brown into the industry’s other major growth area - international operations.

The retailer first dipped its toe into overseas waters in 2009 with the launch of a German site and catalogue. It has since also launched in the US, which is where the retailer envisages the biggest potential for its plus-size brands.
White has guided the retailer ably through the downturn.

N Brown’s credit options have made it increasingly attractive to cash-strapped shoppers and its growing focus on the younger 30 to 50-year-old age range has helped it overcome the fact that its older customers have been hit by high inflation and low interest rates on savings.

In its last year, sales to the over-50s edged up 1% compared with a 15% rise among 30 to 50-year-olds. Simply Be, which targets a 30-plus audience, has been a big driver of this growth which is why international and high-street expansion has been focused on the brand.

N Brown’s younger audience accounted for almost 40% of sales in its last financial year and has been bolstered by investment in search engine optimisation to recruit new customers.

N Brown has also widened its product offering, which used to be heavily dominated by womenswear. The retailer’s reliance on this category has been steadily declining as it builds presence in others such as menswear, which broke through the £100m sales barrier for the first time last year.

Womenswear still accounts for 46% of sales. However, home has grown to 30% and menswear is 13% and growing.

Despite its established stable of more than 30 brands, N Brown has continued to build its business through acquisitions in recent years.

It snapped up High and Mighty’s 14 stores out of administration in 2009, which strengthened its menswear offer. It also acquired etailer Figleaves in June 2010, which began contributing to the bottom line in 2011/12.

Despite wider economic challenges, N Brown stands to benefit from a growing target audience as obesity levels rise in the UK.

With overseas and multichannel growth to go for, Spindler stands to make big wins from the plus-size market if she can build on White’s legacy.